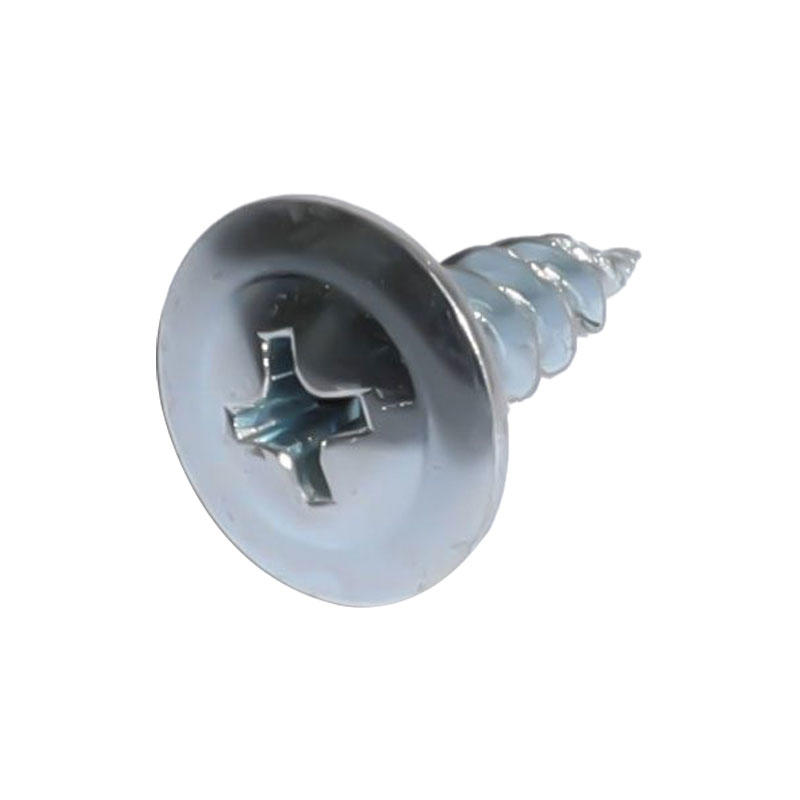 It can "tap-drill, extrude, press" the corresponding thread on the material to be consolidated, relying on its own thread, so that it can be closely matched with each other.
Self-tapping screw is a kind of screw with a drill bit. It is constructed by special electric tools, and drilling, tapping, fixing and locking are completed at one time. Self-tapping screws are mainly used for the connection and fixation of some thinner plate parts, such as the connection between color steel plates and color steel plates, the connection between color steel plates and purlins, wall beams, etc., and their penetration capacity generally does not exceed 6mm, and the maximum does not exceed 12mm.
Self-tapping screws are often exposed outdoors and have strong corrosion resistance; their rubber seals can ensure that the screw does not seep water and has good corrosion resistance. Self-tapping screws are usually described by three parameters: the screw diameter series, the number of threads per inch of length, and the length of the screw.
There are two series of screw diameters, 10 and 12, and the corresponding screw diameters are 4.87mm and 5.43mm respectively; the number of threads per inch is 14, 16, and 24. The more threads per inch, the more The stronger the drilling ability.